EXPROPRIATION FOR PUBLIC UTILITY IN CAMEROON 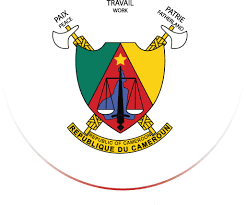 EXPROPRIATION FOR PUBLIC UTILITY IN CAMEROON

The state is the custodian of all land; as such, he administers them “with a view to ensuring their rational use and development” according to article 16 of the ordinance of 74/1 fixing the land tenure system. Thus and in order to carry out projects of general interest, the dependencies of the national domain, can be incorporated into the private domain of the State or that of public legal persons through the incorporation procedure. It is different for those that have been the subject of private appropriation following registration (see the article on the registration of land in the national domain). The procedure in this last case will therefore be that of expropriation for reasons of public utility. The latter is defined as a method of unilateral forced transfer of real estate property, built or not, belonging to individuals or legal persons, against compensation. It will therefore be in the context of this study to describe the expropriation procedure, before analyzing the procedure for compensating victims.

The legal basis for such expropriation is Law No. 85/09 of July 4, 1985 governing expropriation for public utility and its implementing decree No. 87/1872 of December 16, 1987. Expropriation can in fact be undertaken either directly by the State or indirectly at the request of local authorities, public establishments, public service concessionaires or State companies.

In all cases, the project must be of a nature of public utility or general interest in various fields such as sport, education, health, employment, economy, regional planning and town planning. An investment aimed at a private interest cannot therefore benefit from this procedure.

The ultimate objective is for MINDCAF to issue a decree declaring the public utility of the planned works. The said decree also has a prescription of 02 years with the possibility of 01 year of extension, to proceed with the expropriation; otherwise, it will be null and void.

During this limited period, and according to this decree, a commission of observation and evaluation (see article 5 of the decree for its composition) is set up to carry out an investigation aimed at ascertaining the rights, delimiting the land concerned and this at the expense of the beneficiary, evaluate the goods in question and identify their holders and owners. This phase is sanctioned by the drafting of reports of findings and evaluation.

At the end of this procedure, an expropriation decree entailing the transfer of ownership by transfer of land titles, the suspension of any transaction and development on the land concerned, the purging of real rights registered before the signing of the decree (transformation into claim for compensation) as well as eviction, fixes the compensation due to the evicted persons.

Expropriation opens the right to compensation in cash or in kind for the victims. The latter are in principle private owners within the meaning of the laws and regulations, that is to say people with land titles on their plots. However, the occupants without title also have rights which are recognized to them by the ordinance of 74 which protects them besides against any attempt of eviction, even if they are prohibited from selling these plots (see the recent note of the MINDCAF ). Seen in this way, they can also claim compensation, but must comply when the State requests these plots.

It is important to know that before resorting to expropriation, the applicants must carry out prior negotiations with the owners or beneficiaries concerned with a view to reaching an agreement. In the event of a disagreement, MINDCAF plays the role of arbiter.

It should also be noted that the compensation is made in principle, before the expropriation but in practice, one observes more the occupation of the places by the beneficiary of the expropriation before payment, under the basis of this possibility authorized by the law "in certain cases ".

The indemnity is borne by the legal person having requested the expropriation, or when it is specifically the State, by the budget of the ministerial department having requested it. It relates to the direct, immediate and certain material damage caused by the eviction. It covers bare land, crops, buildings and any other development. However, no compensation is due for the destruction of dilapidated buildings or threatening ruins; the same applies to constructions carried out on the fringes of town planning rules or in violation of the legislative or regulatory provisions fixing the land tenure system.

We cannot conclude without emphasizing that the victim has the right to refuse the amounts of compensation offered; as such, after a prior complaint remained without conclusive effect, it may seize the competent judge of the location of the building, within 01 months following the date of notification of the contested decision. But such legal action does not stop the expropriation, let alone its effects.

The victim can also, when he considers that the expropriation is abusive, go so far as to contest the public utility character of the expropriation; in this case, it is advisable to take collective action with the neighborhood for greater efficiency.